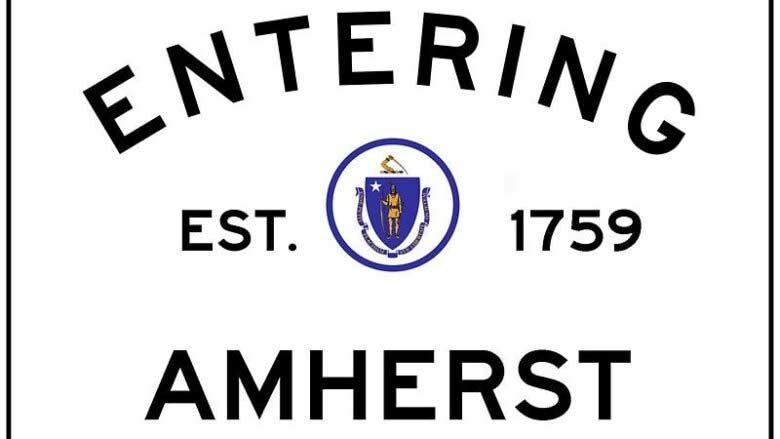 The federal government doesn’t seem likely to give black Americans reparations anytime soon, but a left-leaning town in western Massachusetts will.

The town council in Amherst voted 12-1 to approve a “Reparations Stabilization Fund” on June 21. It’s a fund that will reimburse the town’s black residents for hate and racial discrimination they have faced in the past, as The Daily Hampshire Gazette reports.

At-Large Councilor Mandi Jo Hanneke is the only councilor who voted against the measure. However, she doesn’t oppose the principle. Rather, she didn’t think that the council should establish a fund before forming the African Heritage Reparations Assembly, she told MassLive.

The exact model that the town of Amherst will use for reparations is unclear and hasn’t been officially announced. However, Amherst plans to use as a model the city of Evanston, Illinois. There, each qualifying household is eligible to receive $25,000 for home repairs, down payments on property, and interest or late fees on property in the city, as ABC News points out

The town council in Amherst didn’t approve any funding for the account yet. However, “a plan was recently presented by town finance officials that would put $210,000 into the account later this year when free cash is certified,” as MassLive points out.

“Free cash,” according to the Massachusetts Department of revenue, refers to unrestricted funds from a previous fiscal year’s operating budget that were appropriated but not spent as well as actual receipts that exceed revenue estimates, “plus unexpended free cash from the previous year.”

Additionally, town officials hope to use private donations to bolster its reparations fund.

During the same meeting, the town council also approved the creation of the African Heritage Reparations Assembly, which is supposed to present a reparations plan by October 31, 2021. The assembly is to feature six black residents from the town. Of those, at least two will be current or former elected officials from Amherst. At least one will come from the advocacy group Reparations For Amherst.

Town council president Lynn Griesemer told NewBostonPost that council members feel as though they are righting a historical wrong with the establishment of the fund.

“The Town Council of Amherst in recognition of its own historical practices that discriminate against Black people has voted to establish a reparations fund and will require a two-thirds vote of the council to authorize any spending from it,” Griesemer wrote in an email message. “An African Heritage Reparations Assembly will be appointed to develop the town’s recommended reparations plan that will be brought back to the Town Council this fall.”

District 5 Councilor Darcy DuMont told NewBostonPost that she is pleased that the council is working to get this reparations fund done.

“I would say I very much support the effort in Amherst to provide a Reparations Stabilization Fund. It works together with the parallel efforts of our Community Safety Working Group, which has proposed a transition to providing a non-police Community Responder program and complementary services for BIPOC teens,” DuMont wrote in an email message. “The Town has also committed funding to providing those services.”

“I expect the two efforts to dovetail at least in some respects,” she added. “The degree to which the two groups have been empowered and have brought forth new faces to ‘the table’ has been inspiring.”

District 3 Councilor Dorothy Pam told NewBostonPost via email that she hopes to give more black Americans an opportunity to join the middle class — something she says that past wrongdoings have prevented:

The case for Americans paying Americans reparations for the evils of slavery in the past has been made elsewhere; I will only comment on one aspect that seems very meaningful to me.

In my English course at Holyoke Community College the book I assigned, Isabel Wilkerson’s The Warmth of Other Suns, has been appreciated by my students who got a better idea of how our past affects our present. We read about the many reasons generations of African Americans made the “Great Migration” from the South to the North for freedom from brutality, economic independence, and a chance at the American Dream. Indeed, many African Americans found that if they managed to set up businesses or own land, it was often seized and stolen from them, or that they were driven off their land through burning and lynching. The irony is that although many conditions were much better in the North in terms of jobs and education, the ability to own property, to buy housing in desirable neighborhoods, was often challenged.

Redlining, mortgage fraud, the sub-prime mortgage scandal, have all kept African American families from buying and keeping their homes, enjoying the schools, clean air, and water, and rising prospects they should enjoy. Despite the fact that home ownership has been the backbone of the middle class, African Americans lag far behind whites in being able to buy and keep a home.

Although it is not clear how the Amherst Black Stakeholders Committee will recommend that the new dedicated fund for reparations be spent, I am hoping that part of our efforts here in Amherst will be to provide more opportunities for affordable home ownership by African American residents of Amherst. Yes, we must work on providing more affordable rentals, but the secret to real equality is through home ownership, and there is ample proof that the dominant power structure has often stood in the way of that dream.

Opponents of reparations say that it’s not fair to take tax money from certain people to give to other people for wrongs done long ago.

A year ago Thomas Sowell, a right-of-center economist who is black, described reparations as impractical because slavery was so widespread during the 19th century and before. “If you were to give reparations to everyone whose ancestors had been slaves, I suspect that you would have to give reparations to more than half the entire population of the globe. Slavery was not confined to one set of races,” Sowell tweeted in June 2020.

Nationally, reparations are not popular. A June 2020 poll conducted by Reuters found that only about 20 percent of the country supports using “taxpayer money to pay damages to descendants of enslaved people in the United States.” Supporters included about half of black respondents, but only about 10 percent of whites.

Amherst is a town of about 40,000 people about 19 miles north of Springfield, Massachusetts.

Best known as the home of University of Massachusetts Amherst as well as Amherst College, the town of Amherst leans heavily Democratic. President Joe Biden got 90.0 percent of the vote there in the November 2020 presidential election, while then-president Donald Trump got 7.3 percent of the vote, according to the Secretary of the Commonwealth’s office.