The piles of paper all around my house testify to the number of reports, analyses, budgets, letters pro and con, meetings, charts, pictures and plans for the Jones Library $36.3 million project to expand and renovate the Jones Library.

I have read the outpouring of letters concerning the renovation/expansion plan for the Jones Library. These letters are posted somewhere on the Town Website, but take my word for it, they are over 70% in support of the Library. Most of these letters of support are not the product of a professional political letter writing campaign; they are individual, idiosyncratic and heartfelt, recounting what the Jones Library has meant and continues to mean to people of all ages and backgrounds, families and individuals over the years. The letters in opposition to this plan are deeply researched and equally sincere, bringing up their writers’ worries and objections to the plan in detail. Many of the concerns from the latter group have influenced the analysis and debate. They have made the plans better.

My opinion? When I first visited the Jones Library over ten years ago, coming here from Norfolk CT which has one of the best small libraries in the country, I looked at the library with new eyes. Dehumidifiers sat in damp circles on old carpets in the Children’s rooms, tattered books sat on the shelves, the Art Gallery room was too small, the main hall was so cluttered that the beauty of the atrium was obliterated, the public bathroom smelled. I was dismayed at how shabby and rundown the Jones was and wondered at a town that did not support its most important building. Despite this, many people still loved their library and its services, appreciated the hard working staff, and saw it through the rosy eyes of memory. It was clear to me that the Jones Library needed a major overhaul.

For several years we have been arguing and debating the merits of one plan or another.  This plan is a mixture of the ideas of architects, historical preservationists, the State Board of Massachusetts Library commissioners, the Library trustees, and of the participating public. It will eolve further as construction documents are prepared.

It is a shame to lose the lovely Kinsey Garden in the back, but the reconstruction of the north side of the building will result in a ground floor with windows bringing natural light into the public meeting room. The historic high-ceilinged room to the east of the front desk, the former site of plays and movies now obscured with high stacks, will become a beautiful Teen Room, providing something greatly needed. The Children’s Room will be on one floor allowing a parent with a stroller to navigate the space.

We will get climate controlled Special Collection rooms in a more energy efficient and open social space in the heart of downtown Amherst. I am also excited by the promise to house the Town’s Civil War Tablets in the new ground floor, making them available to the whole Town.

The recent extensive analysis of information on the Library’s plans and funding both in the Finance Committee, of which I am a member, and the Town Council and its Forums has answered many of my questions about the feasibility of the renovation/expansion of the Jones Library. Many of my concerns about cost overruns cutting into the other needed capital projects—the Fire Station, DPW, and most importantly, the new school—have been allayed by the Library’s promise not to come back to the Town for construction funds should costs be higher than planned, but to instead rely on their own fund raising and/or very limited borrowing from the endowment. The fears that the Trustees might misuse and deplete the Library’s endowment have been allayed. Another strong factor is our current low interest rates which will allow us to build for the future at a lower cost.

I have thought long and hard and listened to the many arguments on both sides and feel that the debate has resulted in a much stronger plan than was at first proposed.

Do not get confused with the Zoning Related Moratorium that I support. That does not say no new buildings, it just asks for more time for Town Government to work—the Planning Department to present new and more detailed zoning regulations, the CRC (Community Resources Committee) of which I am again a member, to analyze these plans, public forums for your input, and the final Town Council process of debate and voting.

I was democratically elected by you in Precincts 10 and 4, District 3, to represent you in Amherst Town government and to vote honestly and constructively for us and the Town. I have been doing my work on your behalf, untold hours every week with independence and conviction. There will be a new election November 2021.

When it comes right down to it, no budget, no list of future expenses can be beyond dispute. At some point TRUST must come into play if we are ever to act in our own best interest. 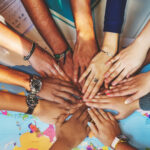 Dear Neighbors, After a day cut off from news, I returned h 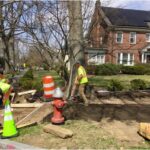 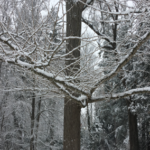